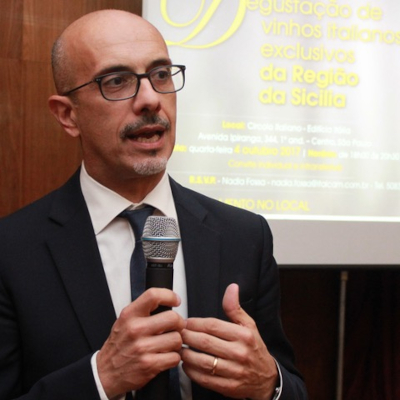 Born in Enna on 11 December 1968. He obtained a degree in Political Sciences in Catania and a Master’s in European Public Relations at the Ateneo Impresa – Confindustria Rome. He holds numerous degrees and participated in various training activities including LUISS Management in Project management of International Cooperation projects, Il Sole24Ore in Euro-planning, ICE Agency _ Foreign Trade Institute in International Commerce.

Over the years he has collaborated for several years with Mondimpresa, ASEM, CERISDI, Formez, Sviluppo Italia, Regione Siciliana – Department of Planning and other public and private organizations on the subject of local development, business creation, internationalization and euro- design.

He was Project manager of the PIT-Integrated Territorial Project n. 10 of Enna and also Director of the Renewable Energy Agency of the Province of Enna.

He is an expert in EU policies and internationalization and deals with development cooperation projects and local development.

He was Coordinator of the EDIC Europe Direct Information Center Project “Centro Sicilia” – KORE University of Enna funded by the EU Commission – Office for Italy 2012/2017 and also Project Manager of the project “Interregional Key Networking for Open innovation empoWerment – I KNOW “, based on the INTERREG V – A Italia Malta Community Program.

He is currently Project manager of numerous community and promotion projects for internationalization and General manager of Euroconsult Italy and East Business Consulting Ltd of Shanghai. Economic Advisor of the Italian-Brazilian Chamber of Commerce of Sao Paulo.